Benjamin, the local doctor is a soul of a local society, the educated, friendly, democratic person who often treats the poor for free. It makes him very popular with the locals but most certainly does not help with his bank account. He is in love with a beautiful Manette who is also crazy about him but is being watched closely by her father who called his daughter “his small capital” and is determined to protect her virginity until the moment the marriage contract has been signed… 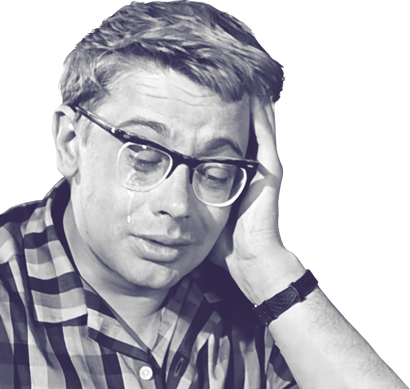 The movie
is not available Sorry about that

Get Membership
to continue watching

On SovietMoviesOnline.com you can watch Don’t Grieve! (Don’t Grieve!) with English subtitles online. On our site contains the best Soviet Comedy in English. All Russian movies in English you can watch online on your mobiles (iOs or Android) and on tablets.

About Russian Movies with Subtitles

For the last years we have been selecting the best Soviet and Russian films in order to make them available for our viewers. The subtitles are in English, Russian, French, Spanish, German, Turkish, Chinese, Arabic and other languages. Using Soviet and Russian Movies website will give you an opportunity to view the films online as well as download the Soviet and Russian films of different genres, encompassing the wide variety from the very popular pictures to the rare finds.

The joy of gaining knowledge about the world that surrounds us is hard to overestimate, and we are proud to present you with this opportunity to sit back, and enjoy by watching something new, fresh and different, and then make your own judgement.

Russian is one of the most complicated languages in the world. Are you bored with exercise books? Learn Russian with Russian movies and open a whole new world of interesting vocabulary! Top 10 Best Russian Movies to Learn the Russian Language.
221